Control system for individual lifts or groups of lifts (from 2 to 10 cars) in installations from 2 to 32 stops, with arrival time optimization algorithm and adaptive management of landing calls (to go up and/or down) and special functions programmable by the installer. Single to double selective boarding, with all the traction/electric and oil-driven motorization options on the market, and with modular pre-wired installation of shaft or prepared for refurbishment installations and pre-wired car top-box. Complying with all the regulatory requirements of the sector (EN81-20, EN81-50, EN81-21, EN81-28, EN81-70, EN81-71, EN81-72, EN81-73, EN81-77, EN12015, EN12016) and integrated in our M2CS IoT remote management platform.

Models according to their location in the shaft 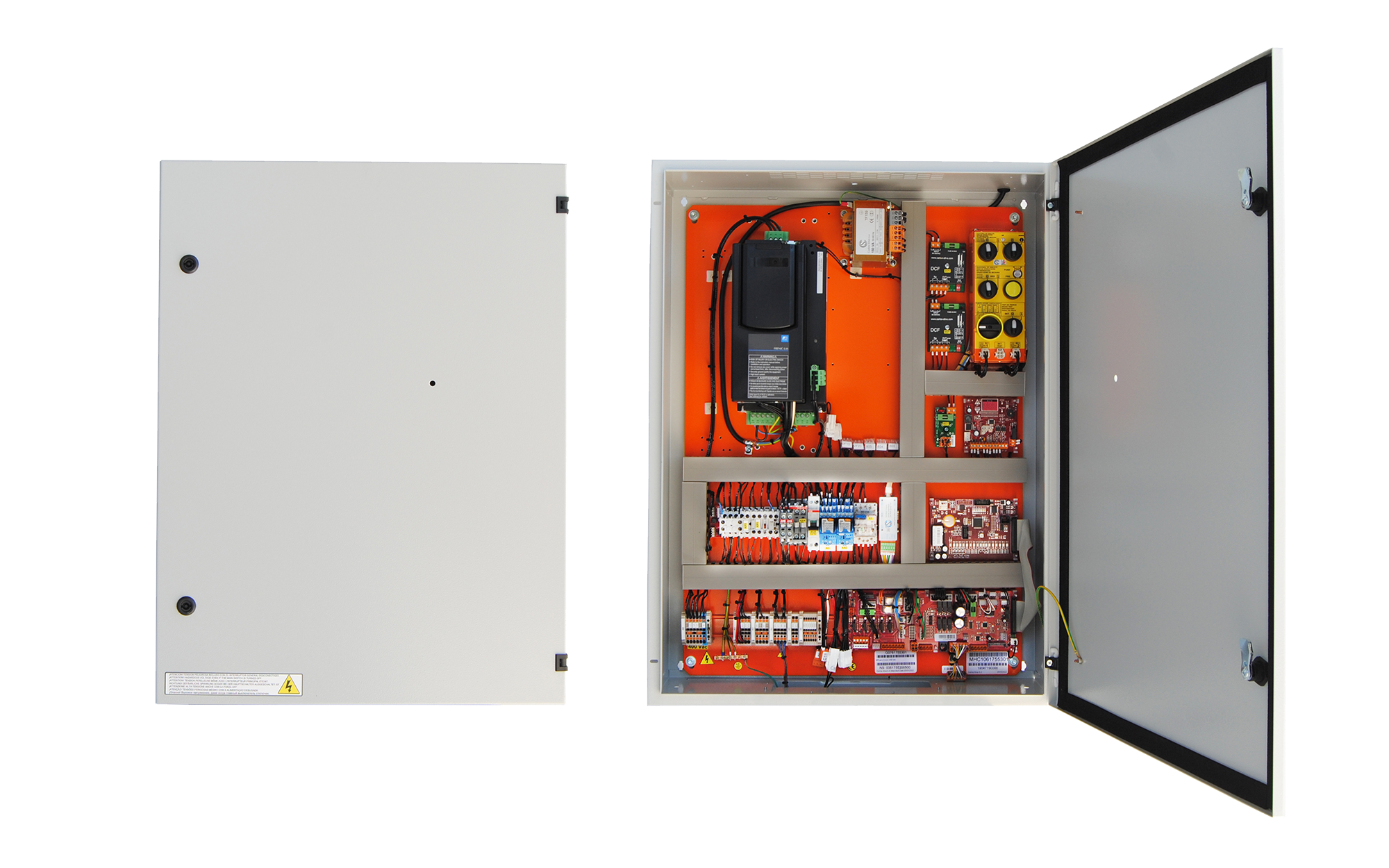 Control panel that includes control and power elements in a single stand-up cabinet for mounting on a landing. 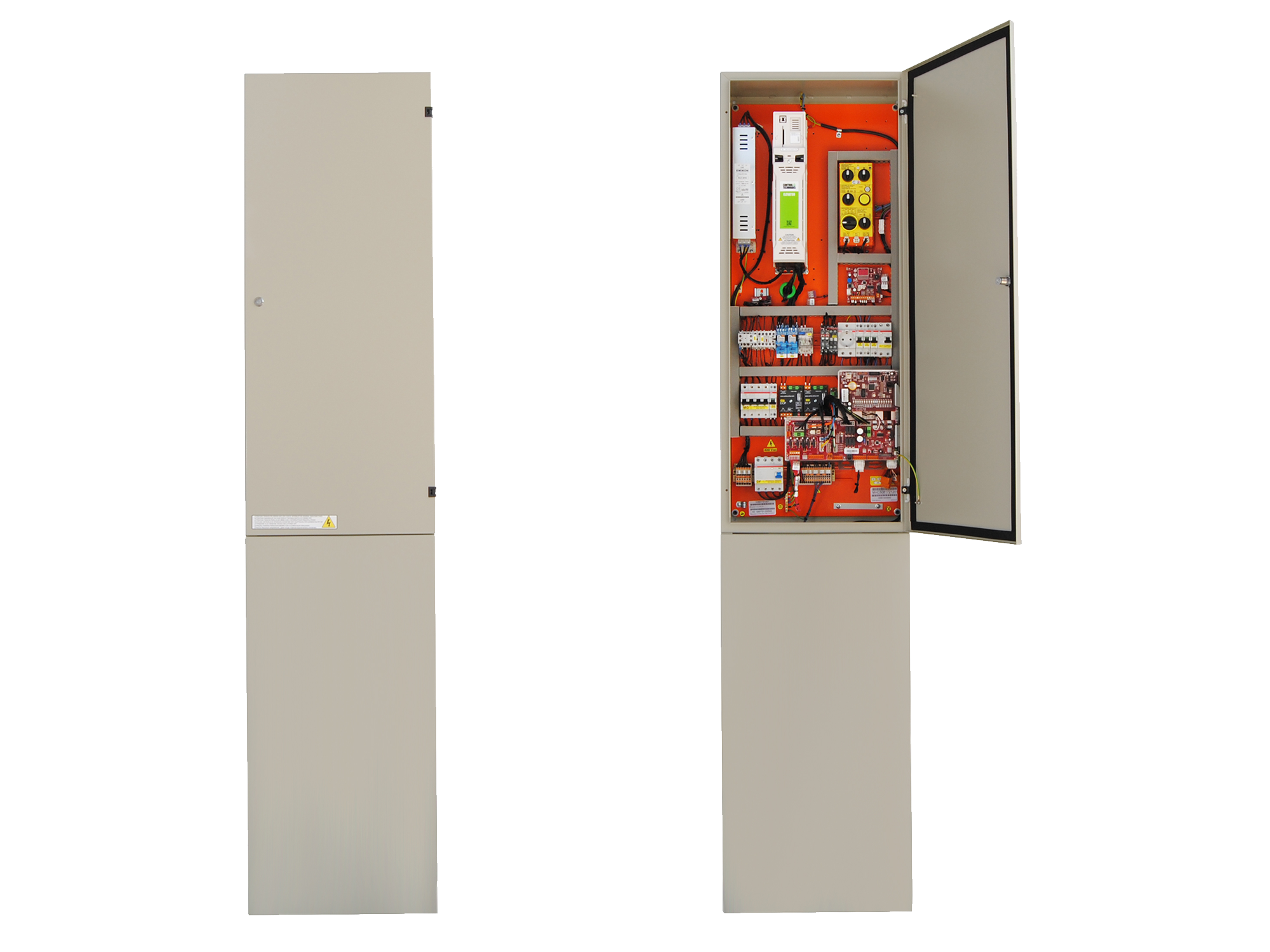 Reduced dimensions control panel for maximum integration in a landing and power panel with protective enclosure for mounting in the elevator shaft. 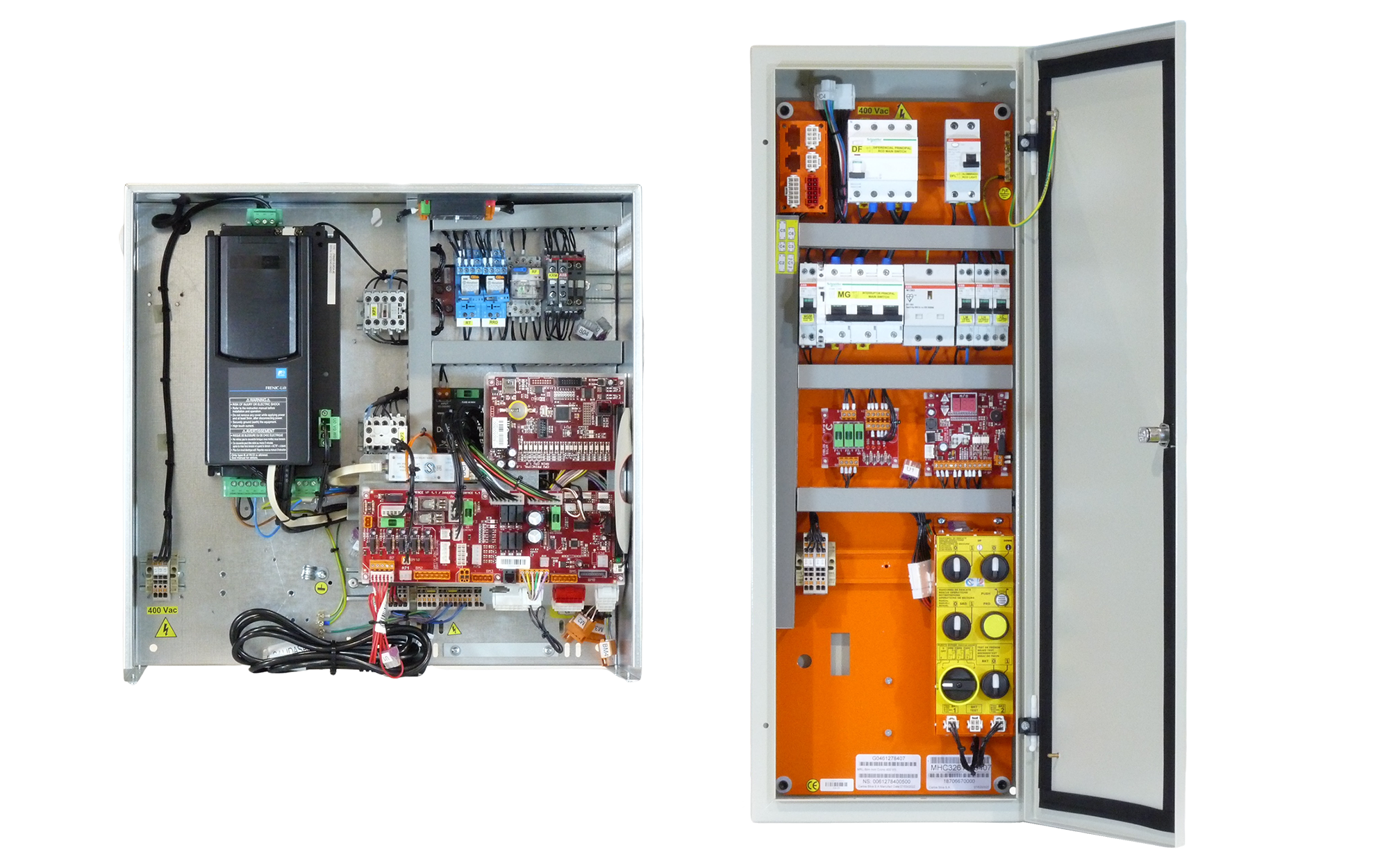 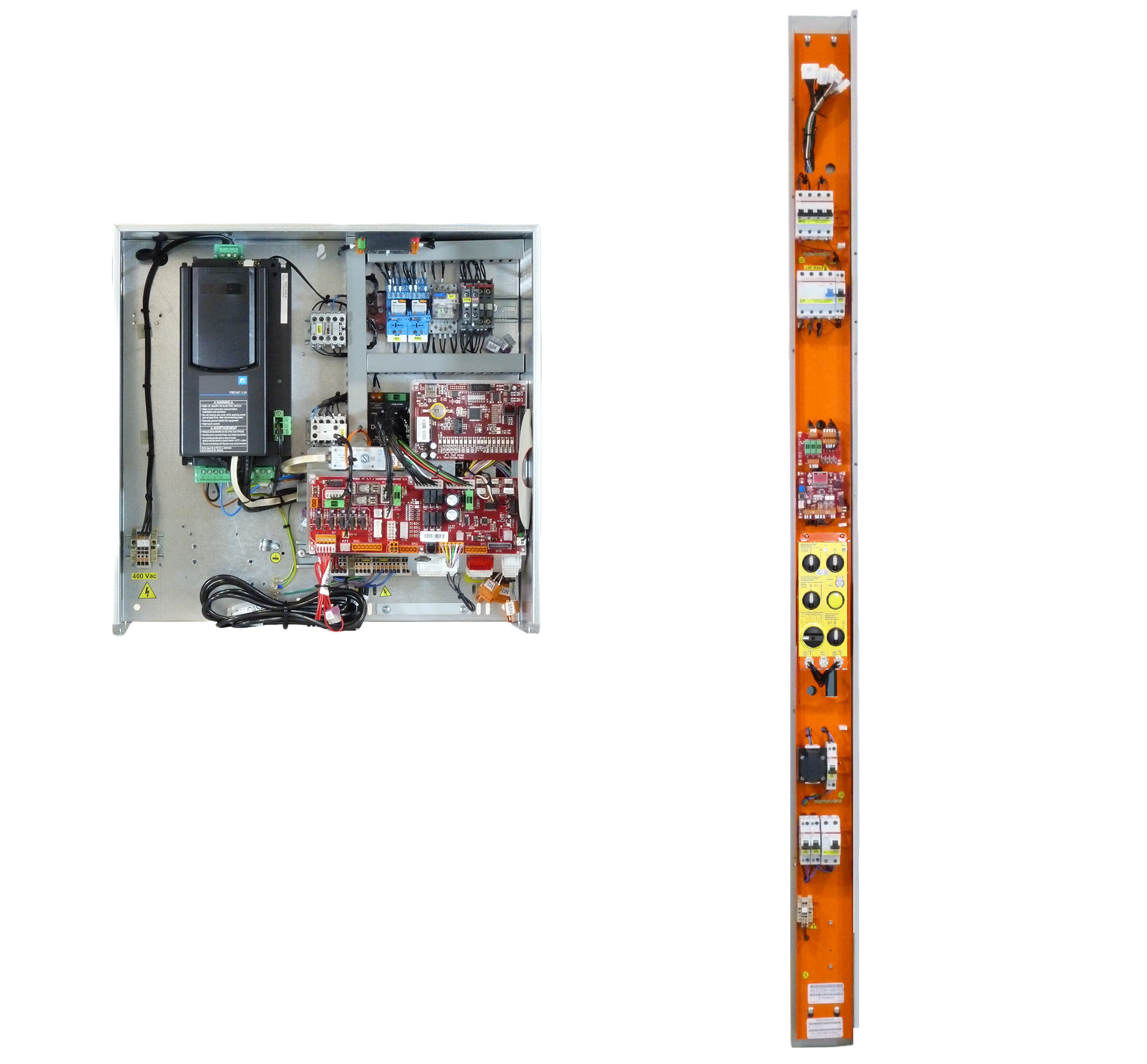 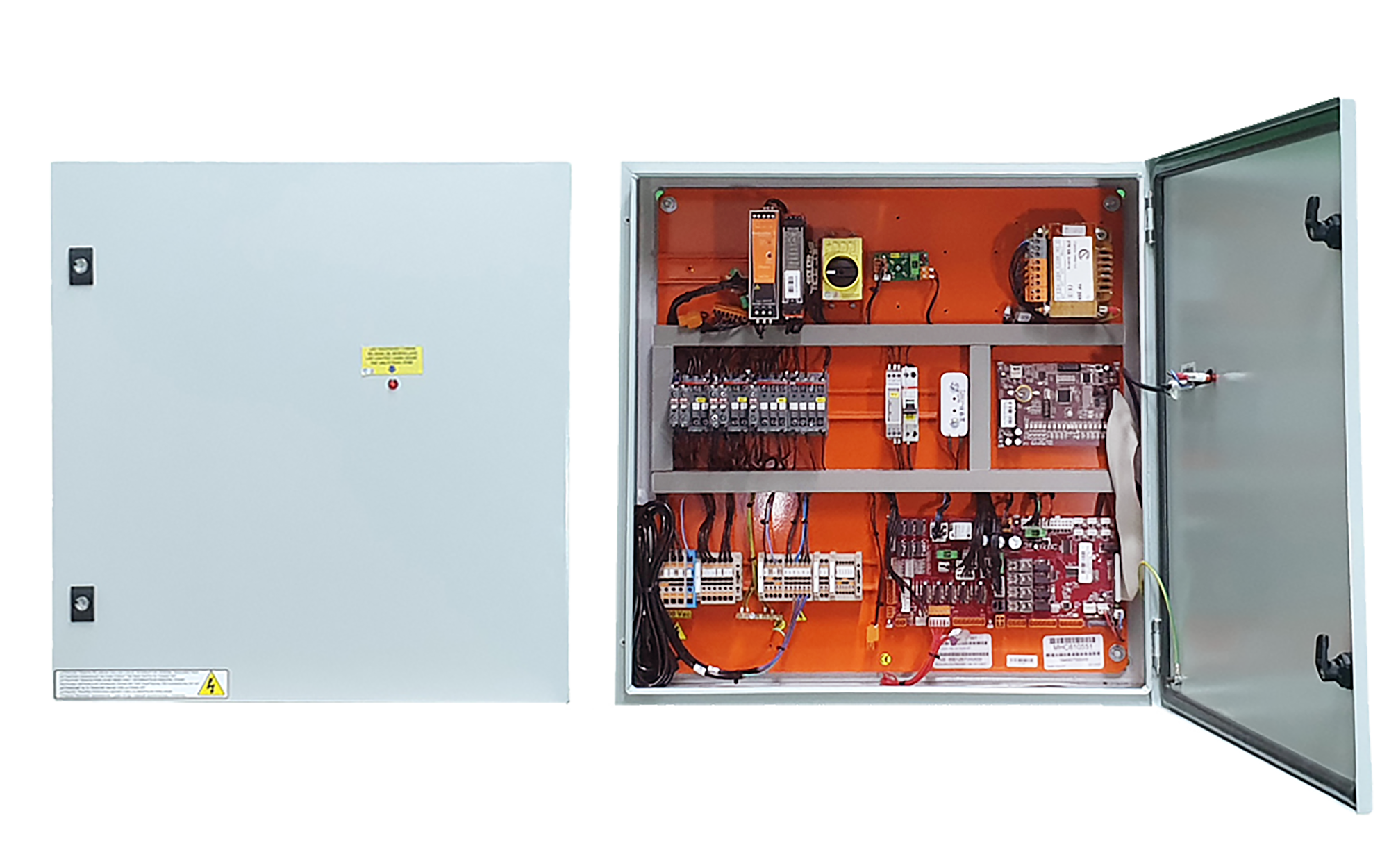 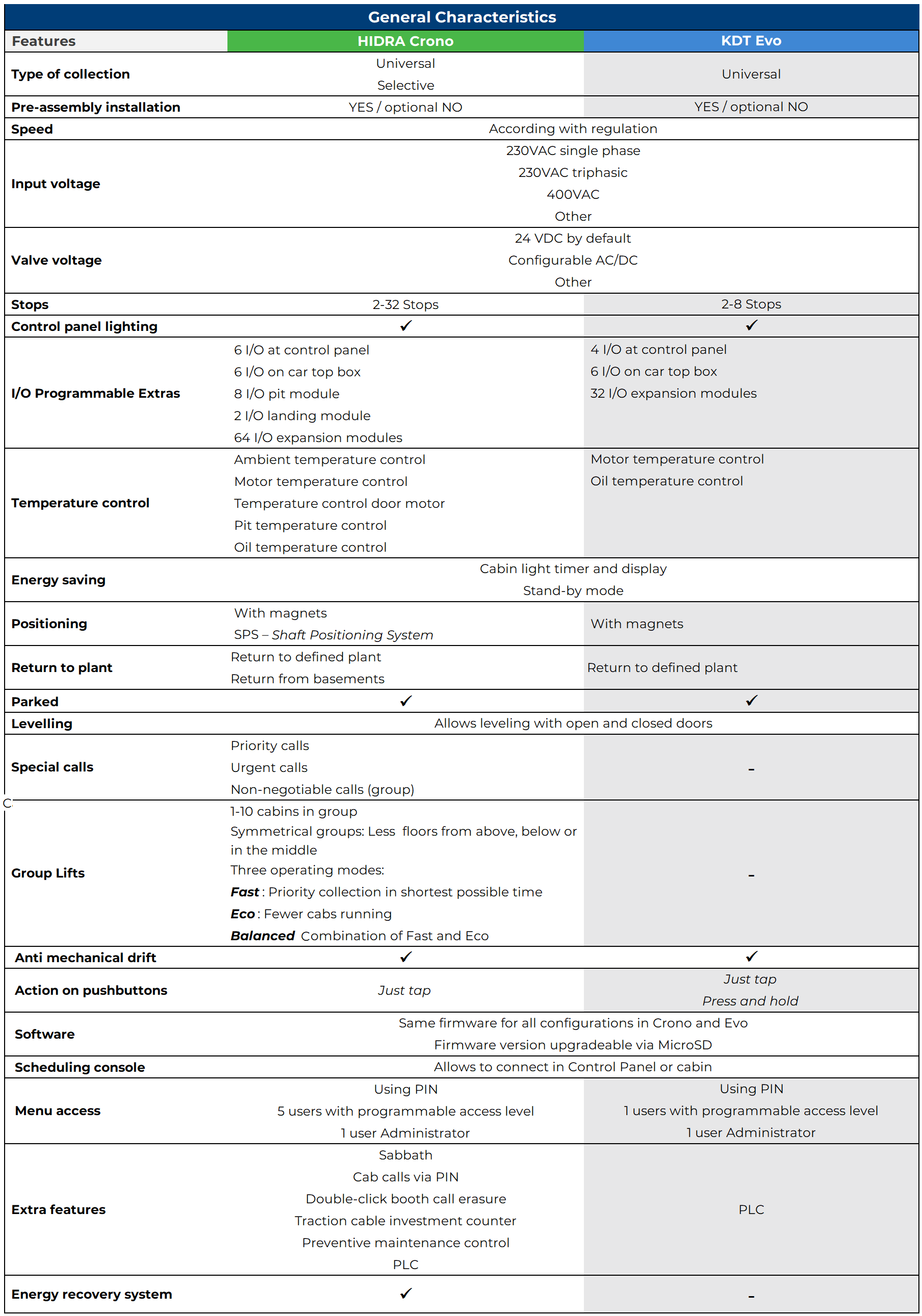 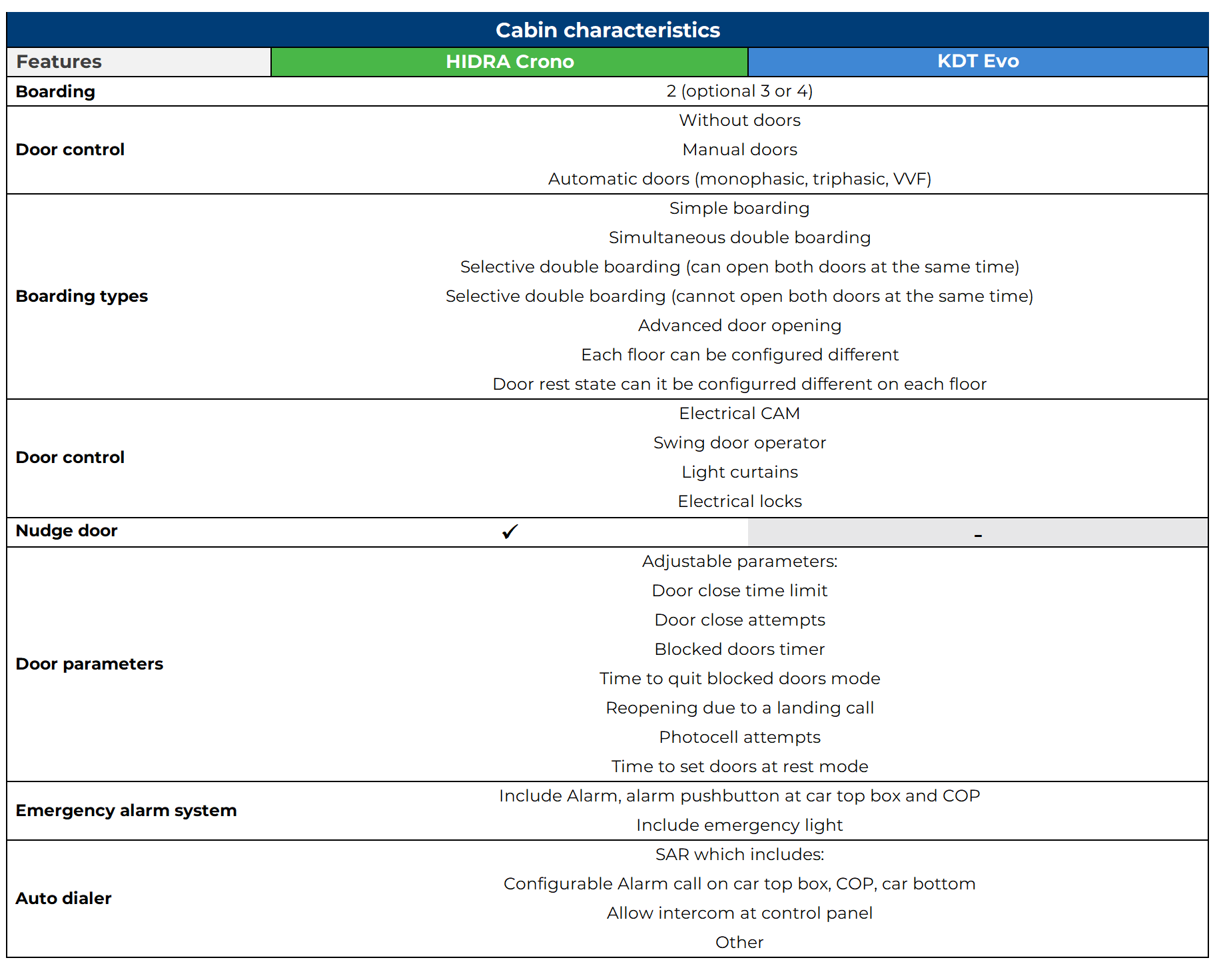 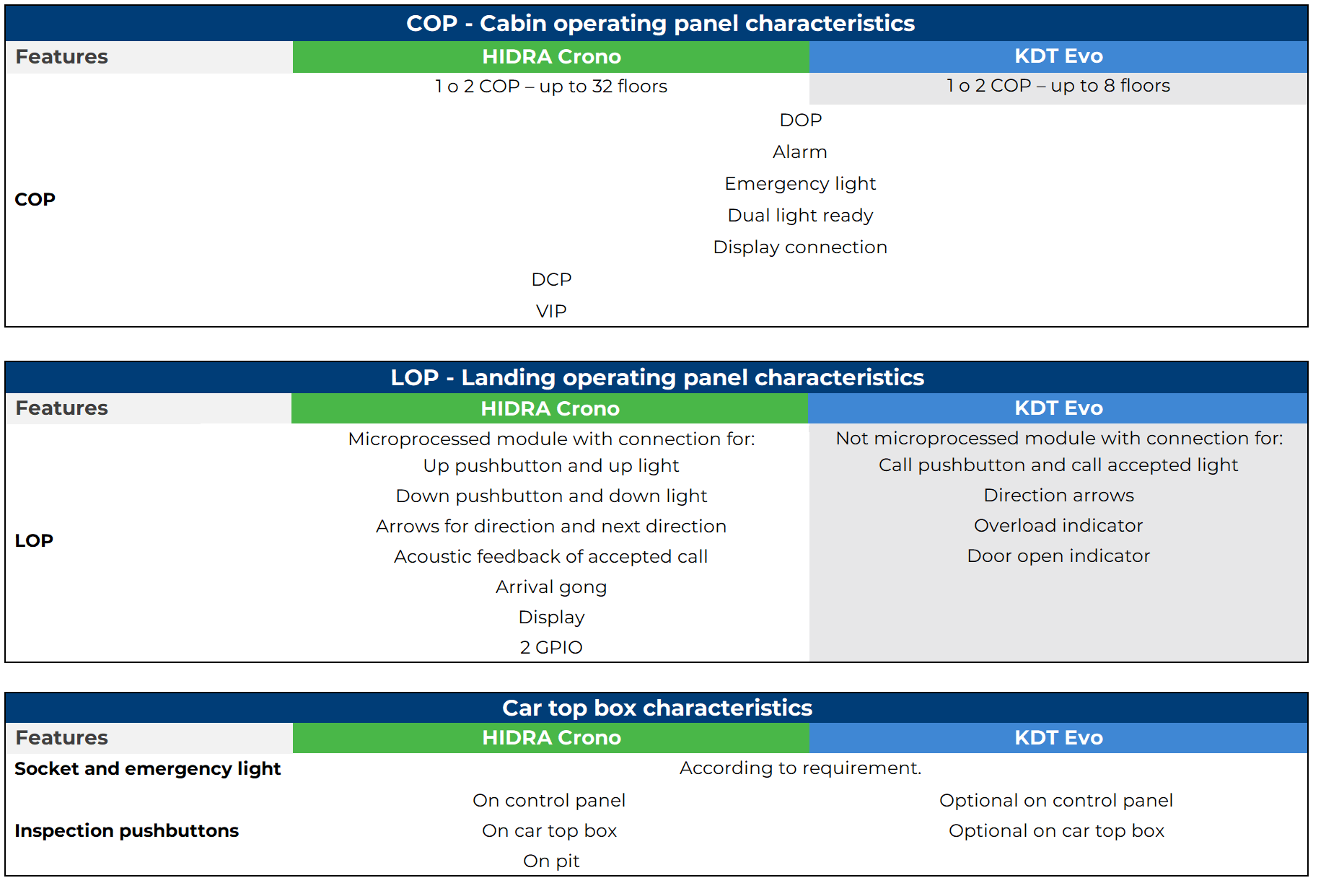